Tomorrow is the winter solstice, but today it was mercifully warm in Vermont. As the old snow and ice coverings melt, disappear, and reappear in the fluctuating temperature, I am reminded of one of my favorite culinary pursuits: rendering fat. It’s the perfect activity to symbolize this time of year because fat behaves and looks like the snow. All around me are drippings and stirrings as the ground reemerges in some places and mud comes out from beneath the snow, only to harden and freeze again in the cold. It’s the kind of weather that makes you want to fill your house with cozy smells, and fat is great for that.

Good fat is delicious, nutritious, and useful for the home cook. Making it is simple, easy, and meditative. There are many ways to do it but I use a slow cooker for mine, because you can leave it alone to do its thing. The hardest part is breaking down the raw chunks of material into small pieces so that all liquid goodness can render out. All you have to do is cut it up into smaller pieces, trimming away any lingering red or pink tissue. It seems that the smaller the pieces are, the quicker the rendering time will be. Put the chopped fat in the slow cooker on low (8-10 hours), and scoop out the crispy bits at the end. Use a strainer when you pour into final containers, let cool, and store.

I’m going to write in detail about working with this type of fat right now, because it’s something I wished the many “how to render your own fat” articles I read had done. This is not fat like you have on bacon, or a ribeye, or even a pork chop. This is dense, off-white and pink-tinged knobby stuff that feels like candle wax bits wrapped in cellophone. When you pull or cut it apart, you’ll notice all kinds of membranous layers going on. Beef fat is waxier and renders into a hard chocolate bar-like texture, which tends to stay solid, and pork fat is slightly stickier, resulting in a spreadable, butter-like texture that melts quickly. The alchemy of fat is alluring but so simple – you just need only a knife, heat, and time to turn the rough raw material into a beautiful final product – “white gold.”

Today I finished making lard for the first time, which is rendered pork fat. This particular fat was leaf lard, which is highly prized for baking and comes from around the kidneys. Rendered lard is my favorite thing to use when making poultry – I’ve used it on chicken, turkey, and duck so far as a rub in place of butter. It also elevates meat dishes and does wonders for any kind of vegetable. It’s also a great snack spread on toast.

Last week, I made tallow, which is like lard but made from beef fat or suet. Tallow is beloved for frying, and excels at making fries. However, I believe its best use is for very quickly searing a steak in a blazing hot iron skillet. A tallow-seared steak with a little smoked salt is a wonderous thing. I also like the camaraderie of eating tallow alongside the birds who appreciate suet for extra energy in winter. 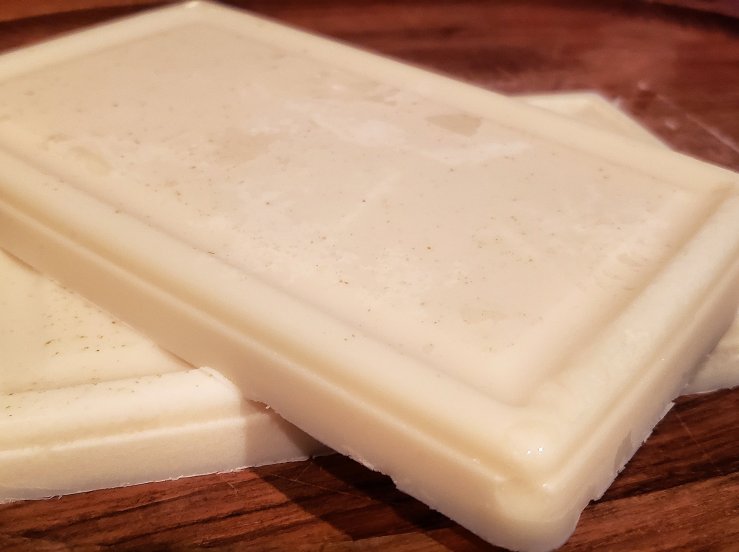 Fat connects us to our food, to nature – appealing to our primal nature. It’s unfortunate that most peoples’ reaction to the prospect of rendering fat, or eating animal fat at all, is adverse and negative. But in her excellent book Fat: An Appreciation of a Misunderstood Ingredient, With Recipes, Jennifer McLagan points out:

From the beginning of human history until the middle of the last century the word fat had positive connations. People lived off “the fat of the land” and everybody was happy to receive a “fat paycheck.” Fat was valuable and useful…an integral part of our diet… (3)

The change in public perception of fat, from generation to generation, is both fascinating and perplexing. Fat is villified but there are plenty of sources out there that indicate vegetable oil as the true evil. McLagan’s book and the works of many contemporary dieticians and nutritionists can much better explain why including fats from healthy, pastured-raised animals in our diets is beneficial. I am just here to sing the praises of a neglected and unfortunately-recieved gastronomic element.

The fat I purchase comes from local farms, whose animals are pastured and allowed to roam free and be animals. The quality of their lives is evident in the quality of the fat – it looks and feels vital, pure. It feels good to support the farmers directly, and to lovingly transform a raw product like suet into something beautiful like tallow, which can be used to make so many dishes and memories. It’s a way of honoring food and where it comes from. Perhaps it may remind us that winter is not a season to lament what we lack, but to nourish ourselves and appreciate what we have. Fat is to be celebrated, not condemned.